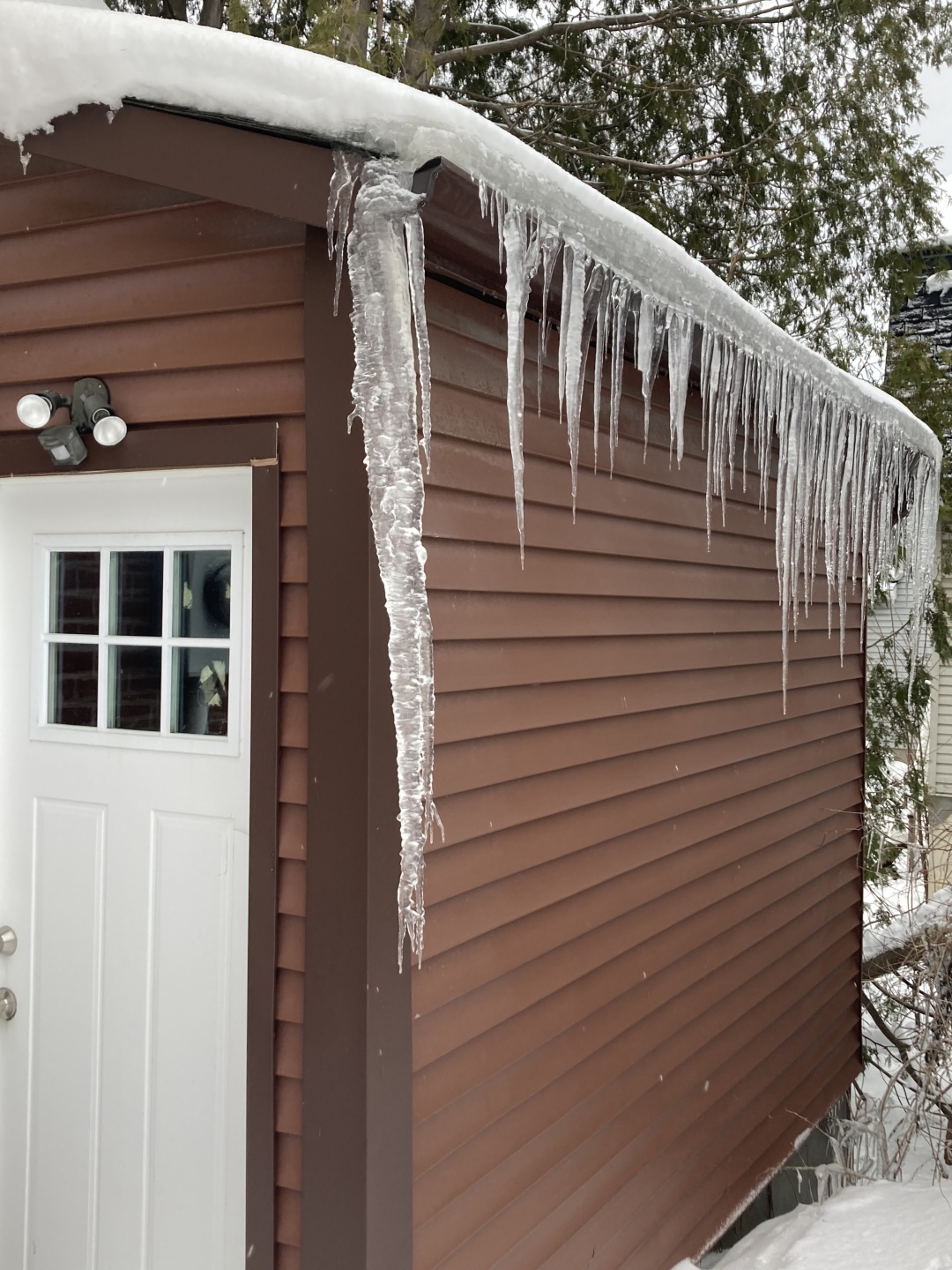 The neighbourhood I call home is an older one and it has many old homes with a wide variety of styles. I am not that into architecture so I have no idea what they are called but I do appreciate that they are not all the same. One thing a lot of them have in common (not being an architect I have no idea why) is that they grow icicles. Some have them all over and others just a few. Some have grown to the point you can’t but marvel that the roofs don’t cave under the weight, others have grown so long that they reach from the eavestroughs all the way to the ground. They are beautiful to look at, partly because they are temporary and partly because they are strange.

Staring at one particularly large icicle I started to think about how incredible it is that they are formed one little drop of water at a time. Think of it. A single drop, like a tear, and over a period of time large, beautiful, heavy, chunks appear.

If we were to focus on the weight then I would suggest the metaphor of sexual abuse. Something that may start ever so slowly, ever so subtly, a look here, a “joke” there leading to a “minor” inappropriate touch…drips and drabs until the house caves in under the weight. We should all be paying attention to the drips we are doing and the drips coming our way and take very special care to do no harm and to call for dignity (ours and everyone else’s).

If we were to focus on the beauty then I would suggest the metaphor of faith. Built up real slow (much slower than the icicles). A scripture passage that sticks in the mind, a meaningful prayer moment, a godly connection with another person, a hymn that brings you to tears…drips and drabs until one day something magnificent and concrete it present in your soul. Something worthy of noticing, something people will stop and take photos of. Something that can carry the weight of our existential worries.

For now I am a bit tired and so I focus on the beauty of it. The glory of the colours refracting in the ice, the wild unpredictable twists and spikes, and the desire to give thanks to God.

Focus where you will these days, but please focus, and notice the drips, and their ability to add up to something far larger than they let on at first. In faith—as in so many other elements of life—we overestimate what we can do in a day or month or year and underestimate what we can do in 5-10 years. Let’s embrace the slow growth of the soul and submit to processes that lead us to where we want to be.